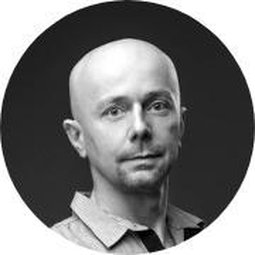 His profession as a dancer led him from figure skating, through child roles in the National Theatre in Prague to soloist in Laterna magika and roles in Lenka Vágnerová's Perfect Day or Gluteus maximus and Prometheus in Beethoven's ballet The Creations of Prometheus with Helena Kazarova.

Another, probably the most important role in his life was his pedagogical work in almost all Czech theatres, especially in the National Theatre in Prague, Laterna magica, National Theatre in Brno, NDMS in Ostrava, DJKT in Pilsen, F. X. Šalda in Liberec, but also in the Chamber Ballet, at the Conservatory Dance Centre Prague and especially at the Faculty of Music and Dance of the Academy of Performing Arts in Prague. At the Dance Department he teaches not only the technique of dance but also a number of subjects related to dance didactics, aesthetics, management and dramaturgy. The latter three subjects are also taught partly or as a guest at the UJAK Prague, VŠE, FFUK...

He has also worked as a guest teacher abroad, especially in Denmark, Finland, Russia, Spain, Sweden, Turkey, Japan and the USA.

Dramaturgically, as an author (as a scriptwriter and director), as an assistant choreographer, he has collaborated or created several productions such as Amerikana II and III, Balletmania, In Plzen to (ba)letí, Nočná skúška, Graffity, Legend of Argonauts, Cocktail 08 and 12.

He has also published several professional publications such as Dance Aesthetics, Introduction to Dance Pedagogy, Pedagogy of Classical Dance for Art Schools, numerous articles, interviews, profiles, programme brochures and as co-author with Š. Kubista Laterna magika or Theatre of Miracles and with M. Křenková Basic Communication for Ballet Teachers.

His studies at the Conservatoire, the Academy of Performing Arts in Prague, his doctoral studies at the Faculty of Arts of Charles University, his habilitation to the rank of associate professor and finally his appointment as a professor by the President of the Czech Republic have been the support and qualification for his wide artistic and professional range.