The core of its existence

The origin and mission of the Music and Dance Faculty of the Academy of Performing Arts in Prague are age-old and deep-rooted. The Music Faculty is to the life of Czech music what the Prague Conservatory (the oldest vocational school of its kind in Europe after the Conservatoire de Paris) was in 1811–1919 and what the Prague Conservatory Master Class, which is the top pedagogical workplace for music subjects, was in 1919–1946. It is the institution where, under the guidance of masters from previous generations, most top-notch Czech talents grow into prime professionals and where all kinds of musicians from abroad also complete their studies. 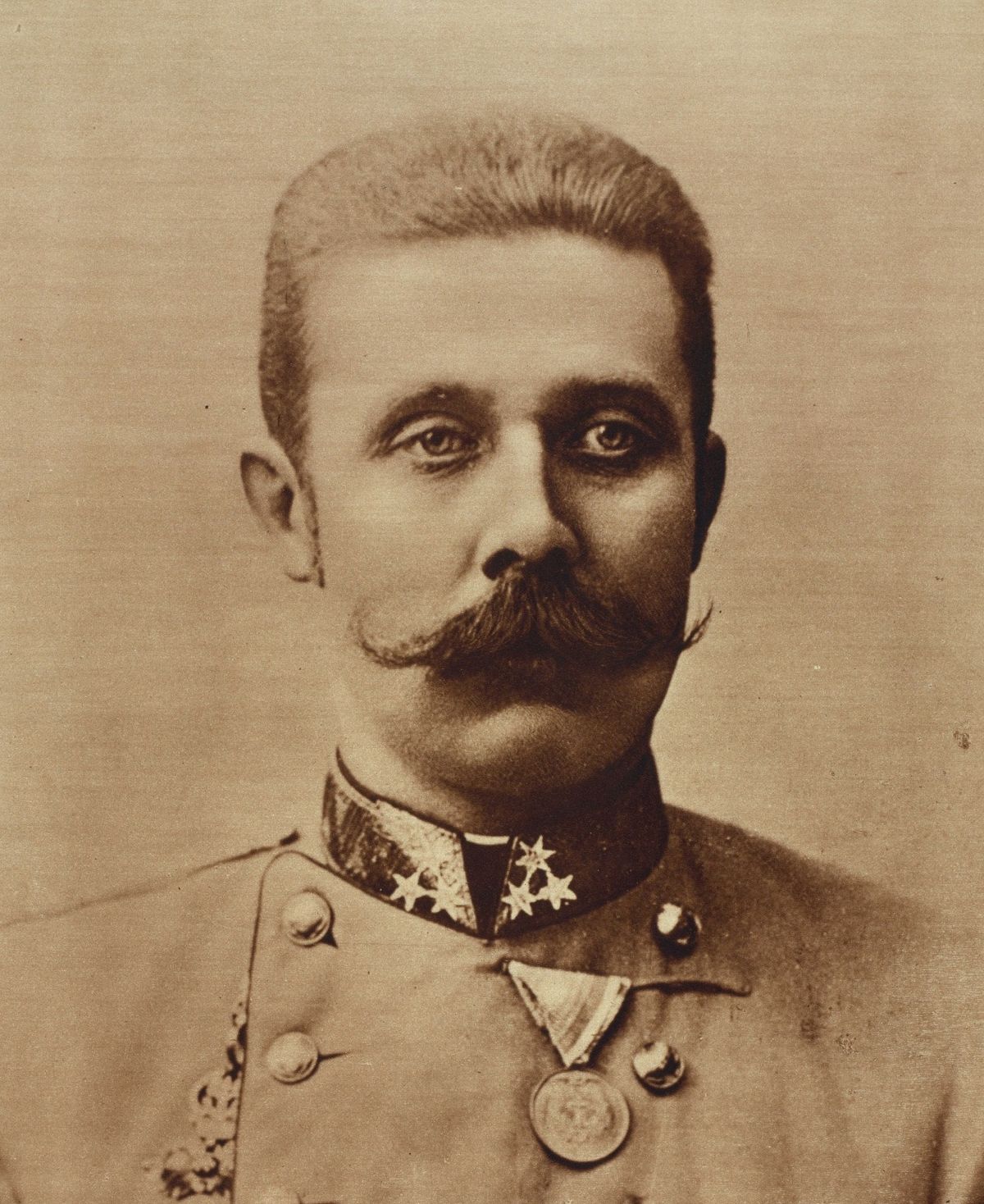 Establishment of the Music Faculty

The Music Faculty was established as part of the Academy of Performing Arts (AMU), which was founded by a Decree of the President of the Republic, Dr. Eduard Beneš, on 27 October 1945. This signified the birth of an entirely new calibre and following the example of other European cultures, Czech music now had its own university that placed the art of music on an equal footing with top scientific, technical and other fields, such as plastic art and architecture.

The plan to establish the university was conceived covertly during the Nazi occupation by a group of youngish (back then) Prague Conservatory professors (Dr. Václav Holzknecht, Dr. Emil Hradecký and Dr. Karel Janeček). After the liberation, it transpired that theatre enthusiasts and film people had had similar projects. It was therefore decided to create a new university of a type hitherto uncommon that would provide university education in art subjects which had never before been made available here. As a analogy of sorts to the Academy of Fine Arts, already long in existence in Prague, it was christened the Academy of Performing Arts.

Music's strong position in Czech culture and the high level of the existing Czech musical education system were contributive in that the Music Faculty was built up very quickly: an excellent group of teachers, most of them prominent Czech performers and composers of the time, came together here. That is why the AMU's first rector was a musician: the cellist Prof. Ladislav Zelenka, the only surviving bearer of the tradition of the famous Czech Quartet. This quality – and also, of course, the immense potential of the students from the strong, first post-war years – guaranteed the dramatic foray of the faculty and its initial successes.

Life at the faculty during Communism

After a mere two years' operation (1946–47) the Music Faculty was cruelly hit by a wave of repressive vetting as a result of the Communist coup d'état of February 1948. A number of students, as well as some of the most highly renowned professors (e.g. conductor Václav Talich and harpist Prof. Bedřich Dobrodinský) were forced to quit. The appointment of Bohuslav Martinů as a professor of composition was cancelled, and the originally anticipated development of the faculty was also hindered. The original concept had focussed on the education of composers, conductors and opera directors, as well as soloists and chamber musicians in selected subjects: singing, piano, organ, string quartet instruments (violin, viola, cello), double bass, harp and brass quintet instruments (flute, oboe, clarinet, bassoon, French horn). Gradually, other subjects that had a rightful place here began to gain ground: trumpet and trombone in the 1950s, and harpsichord and guitar in later decades. Before long, dance subjects crossed over from the Faculty of Theatre: dance pedagogy, choreography and dance science (originally theory of dance), with non-verbal theatre (originally pantomime) joining them later on. Through faculty and post-graduate study, the expansion of university education to include a teaching specialisation in music pedagogy became established. Theory of music as an independent discipline established itself by degrees – at the beginning of the 1970s by way of post-graduate study, and from the 1980s it was being taught as a second subject. In 1993 it became an independent study discipline.

Thus, for many years the Music Faculty worked in difficult conditions, but it was nonetheless working to the full. Its students and graduates brought many awards back from competitions abroad, and they became involved on the music scene both domestically and abroad. The quality of the music and its professional nurturing were victorious. The AMU Music Faculty contributed substantially to the specialisation of the current generations of performers from Czech professional musical life. Most of today's leading soloists and chamber ensemble performers, numerous musicians with the Czech Philharmonic Orchestra and other prominent orchestras, artists prevalent on the opera scene in Prague and other Czech cities, top-class names, composers and conductors, etc., all graduated from the AMU Music Faculty. Artists that studied here are also active in the broad global context - some travelling from the Czech Republic to perform, and others located abroad permanently. The Faculty has also educated an entire generation of teachers who, in turn, work to develop Czech music even further both at the Faculty and at conservatories.

The arrival of a new era in November 1989 allowed the Faculty to remedy the iniquities of past decades and deepen the democratic principles of the school's management and its admission procedure. These new circumstances allowed foreign relations and, in particular, collaboration with other European universities of music to unfold significantly.

Besides intensive tuition in the individual subjects mentioned, the faculty prepared some more study specialisations. These include, for example, stylistic interpretation of Baroque music and even older style periods, and interpretation of music from the second half of this century – not as a separate discipline, but as optional training. The Faculty's most recent subjects are music management and subjects of study that prepare professionals for modern recording in practice: music direction and sound production.

Notwithstanding, however, the Music and Dance Faculty's main perspective is not the range of the new activities that it performs and wants to continue performing, but a struggle for the cultivation and individual development of every talented individual. The real creative power of teaching, whose centre of interest is to educate elite performers, composers, conductors, music directors and perhaps even music theoreticians and music managers, is the main perspective of the Music Faculty – as much so in the case of the newly introduced subjects as those that have long been established.

From 1993, the newly renovated former Liechtenstein Palace became the headquarters of the Music and Dance Faculty of the AMU, and from 1995 so did the former Palais Hartig, the two palaces comprising one connected unit. Both palaces are located in the heart of Prague's Malá Strana. Thus, for the first time in its history, the Music Faculty had separate, bespoke buildings that above all provided it with the necessary teaching space – lecture rooms, rehearsal rooms, ballet halls, a recording studio, reading rooms, an archive and rooms for the repair and maintenance of musical instruments. Last but not least, these buildings are also impressive spaces for the Faculty's other activities. With respect to their special status in the city's old town, they have made it possible to turn the university premises into a cultural centre. Here, the school has space for regular concerts held by its students, teachers and visitors, musical competitions, exhibitions, etc. This purpose is mainly served by the Martin Hall, which has a capacity of 200 seats and is equipped with a triple-keyboard organ, two pianos and a harpsichord, has a stage for a chamber orchestra with sufficient facilities for the performers and also allows direct recording to a well-equipped recording studio. Besides this the school has lecture rooms, some of which are adapted so that they can also be used as small chamber-music halls, The summer grounds in the school's main quadrangle, where the stage may also serve for concerts and all other stage-type activities, are used during the summer season. The basement houses the spacious Gallery which is used for concerts, interpretive seminars, art exhibitions and symposiums. The AMU Music Faculty's extensive activity, to which its plentiful foreign relations are integral, means that this faculty and its headquarters have become a hub for live cultural happenings that are indeed of European relevance.