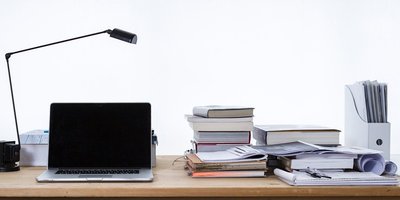 We move the music forward

The idea of opening a field of Music Production (later Music Management, now Music Production again) at HAMU emerged in 1988. The reason for the creation of the field was the changing social and political-cultural conditions. The demands of rapidly expanding show business and the transformation of musical life and industry led to the need for education practitioners, capable organisers and promoters of classical music. The programme, whose first run was launched in 1989, is one of the most rapidly transforming in the structure of the faculty, reacting as it must to developments in the field of music, reality, the existence of new media, new methods of promotion and distributing music, the role of the internet and social networks. Today, future mangers must have very good bearings not only in the field of classical music, but also in the field of non-artificial music, both in the non-profit sector and in the area of private enterprise.

From the very start students are brought together with practice in organising curricular and extracurricular projects and events. They can make use of programmes for studio support or brief internships abroad. The core of the field is instruction in musical production, supplemented with the issue of copyright and commercial law and the basics of economics. Added to the mix are languages, with emphasis on professional English. The curriculum also includes communication skills, ethics, psychology and sociology and a number of other subjects.

Graduates find work as directors of orchestras, festivals, managers, art directors, and in other positions in media, publishing houses and cultural institutions including state administration.

History of the department

since 2013 the department partakes on the organization of an Arts/Music/Management Symposium in cooperation with two universities: JAMU in Brno and VŠMU in Bratislava

the very first run of the music production study (later labeled as music management) on HAMU, initially as an experimental five-year study programme, afterwards as a four-year and nowdays as a standard five-year (3 years of bachelor's degree study, follow by 2 years of masters) with a possibility of PhD